How to protect yourself from radiation? A nuclear war or a nuclear power plant explosion can never be ruled out. It is not entirely possible to defend against similar things, but it is certainly good, and even necessary, to rely on your quality knowledge, which will help to minimize the possible consequences. So what should you know about basic radiation protection?

One type of ionizing radiation is radioactive radiation. The energy of its quanta is therefore so high that during the passage through the substance, in addition to the thermal effects, the following phenomena also occur:

radioactive radiation causes ionization of an atom or molecule (formation of a reactive ion)
radioactive radiation causes excitation of the nucleus of the affected atom
In the human body, these changes result in the loss of specific properties of the affected molecules. At the microscopic level, important biochemical processes within cells, such as proteosynthesis or phosphorylation, are disrupted. Such damaged cells die or their DNA mutates. Macroscopically, the changes manifest themselves in tissue and organ function disorders. This eventually leads to radiation sickness.

Foot burns due to radioactive radiation. Hiroshima.
We divide the effects of ionizing radiation into stochastic and deterministic ones. The stochastic effects are late and accidental. They are caused by genetic mutations in one or more cells of the body. As the radiation dose increases, the probability of failures increases, but not their severity. Deterministic effects, on the other hand, are non-random and their severity increases linearly with the radiation dose after exceeding a certain threshold. Deterministic effects include, for example, acute radiation sickness, fetal damage in the mother's uterus (teratogenic effect), radiodermatitis and non-tumor late damage. 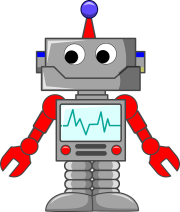 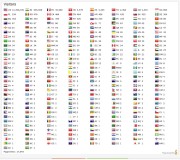